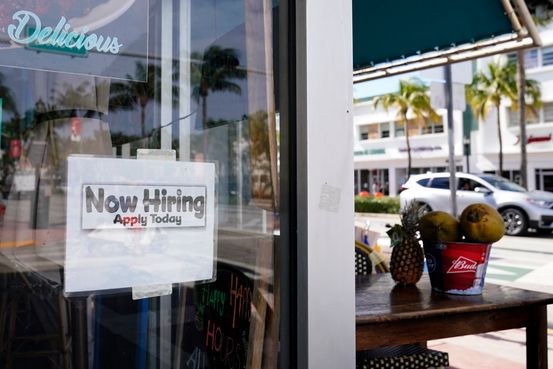 The U.S. economy will grow 4.3% this year, as the country exits the grip of the coronavirus pandemic, economists forecast in a Wall Street Journal survey.

Economists raised their growth prediction for 2021 U.S. gross domestic product in the January survey, saying vaccinations and the prospect of additional financial relief from Washington for individuals and businesses brightened economic prospects. The latest 2021 growth prediction, measured from the fourth quarter of the prior year, was a sharp increase from the 3.7% growth forecast for 2021 in last month’s survey.

Growth this year is expected to follow a contraction of 2.5% in 2020, when the pandemic hit, according to the survey. The Commerce Department will release fourth quarter and 2020 growth estimates on Jan. 28.

Economists in this month’s survey were nearly unanimous in their view that U.S. vaccination efforts will be positive for the economy. Around two-thirds of economists said Covid-19 vaccines will boost growth substantially this year, while just over a third expect vaccines will increase growth modestly.

“No vaccine, no recovery,”

chief economist at RSM US LLP, said. “The discovery of a vaccine will likely unleash over $1 trillion in excess savings that will satiate pent up demand.”

The labor market is also expected to benefit from Covid-19 vaccinations. Some 44% of economists said that administering shots will boost the labor-market outlook modestly this year, while 49% said it would give jobs a substantial boost.

“We expect a surge in economic activity and hiring by the second half of 2021 following mass vaccinations, with the recovery particularly strong in the services sector,” said Leo Feler, a senior economist at the Anderson School of Management at the University of California, Los Angeles.

Still, 85.7% of economists said the pace of vaccine distribution is currently proceeding too slowly, and economists’ forecasts suggest they don’t expect the impact of vaccine rollout to be felt until later in the year.

In the first quarter, economists on average expected GDP will advance at a 2.2% annual rate, a slowdown from their expectation of 4.3% growth in the fourth quarter of 2020. However, they see GDP growth jumping to a 4.9% annual rate in the second quarter and 5.2% in the third quarter.

Democrats will soon control the White House and both chambers of Congress and are preparing a new coronavirus aid package to follow the roughly $900 billion plan that was signed into law in December. President-elect

will be inaugurated on Jan. 20. Democrats already control the House and won a narrow Senate majority through recent wins of two Senate seat runoffs.

While economists expected such stimulus and spending to be a boon for the economy this year and next, they also expect tax increases under the incoming Biden administration.

Some 92% of forecasters said tax increases were either somewhat or very likely. However, a number of economists said they didn’t expect such increases to be enacted until 2022 or later, as the pandemic response will take priority for now.

The Journal surveyed 68 economists from Jan. 8-12, though not every economist answered every question.