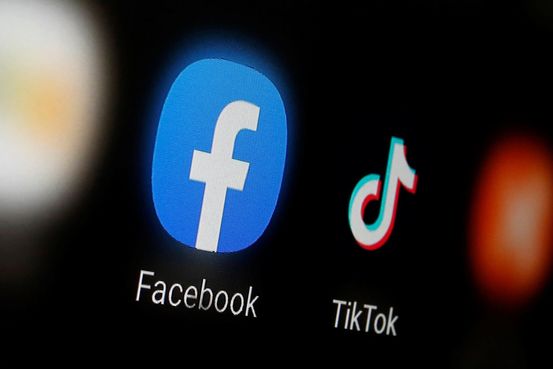 sprawling reach among consumers and its powerful ad targeting abilities have made it a seeming must-buy for many marketers.

Its Facebook and Instagram platforms are likely to collect 23.4% of U.S. digital ad revenue this year, second only to

Google and far ahead of its next closest rival,

according to research firm eMarketer.

But a growing list of companies are pausing their advertising with Facebook for July or longer, responding to civil-rights groups’ call for a boycott over what they say is a lack of progress in preventing hate speech and misinformation.

While the ad industry waits to see how the confrontation will play out, the boycotters have another question to answer: What is their marketing strategy without Facebook?

The alternatives sometimes don’t get enough attention because Facebook advertising is considered a safe choice, according to an ad buyer at a major advertising agency. “Putting your next dollar into Facebook, you know it’s going to work,” the buyer said. “Whereas putting that dollar someplace else, you might not know it’s gonna work.”

Facebook on Friday said it would start labeling political speech that violated its rules and take other measures to prevent voter suppression and protect minorities from abuse.

That didn’t stop more companies from joining the boycott. The list of advertisers that say they won’t buy ads on Facebook or Instagram in July at a minimum now includes

on Monday said it will cease advertising with Facebook through December.

“We invest billions of dollars each year to keep our community safe and continuously work with outside experts to review and update our policies,” a Facebook spokeswoman said Monday. “We’ve opened ourselves up to a civil-rights audit, and we have banned 250 white supremacist organizations from Facebook and Instagram.” Facebook finds nearly 90% of the hate speech on which it takes action before users report it but will continue to work with civil-rights groups and others to do more, she said.

Some of the marketers pulling back from Facebook are now going to find out if their strategies will work out.

“We stand with the Black community and support those who are fighting for stricter policies that stop racist, violent or hateful content and misinformation from circulating on these platforms,” the

backpack brand JanSport said Friday as it joined the boycott. “As such, we will shift the planned launch of our July back-to-school campaign to YouTube and TikTok.”

YouTube, part of Google, and video-sharing social networking service TikTok, which is owned by Bytedance Ltd., are already part of the JanSport campaign but will assume a larger role, a spokeswoman said.

Apparel brand North Face, also owned by VF, is likely to increase ad spending with current partners such as Google and

a spokeswoman said. But it is also exploring opportunities in affiliate marketing, in which websites get commissions for referring traffic to a brand, and targeting consumers elsewhere around the web, she said.

Password manager Dashlane Inc. will spend more on sponsored content, online display ads and social media platforms such as Pinterest, said Joy Howard, chief marketing officer at the company. It will also collaborate with other marketers to bring in new customers through joint promotions, she said.

“There is a lot of interest in doing things in a different way,” Ms. Howard said. “People are hungry to find alternatives.”

Outdoor apparel company Eddie Bauer will redirect some money to tools that it already uses, like the ads that show up when consumers search Google or Amazon for terms such as “hiking shorts,” according to Damien Huang, president at the company.

Eddie Bauer also plans an updated test of advertising within Gmail, something it tried previously, plus new territory for the brand such as TikTok and

Clothing and design brand Eileen Fisher Inc. said it would increase spending on current tactics such as using Google Display Network and

the Japanese online merchant, to attract new customers and re-contact existing ones with online display ads, for example. And it will lean more on marketing programs like the one from RewardStyle Inc., which helps find influencers who might promote brands to their followers.

Company executives are also exploring the use of streaming TV services for later in the year, drawn in part by increased viewing as lockdowns during the virus pandemic forced people to stay home, said Jamie Habanek, director of brand marketing.

“It’s a shift that we were already talking about and could become more important if we decide that we have to move away from Facebook and Instagram for a longer period of time,” Ms. Habanek said.

Not every boycotter will reallocate its Facebook and Instagram ad spending to other advertising and marketing channels: REI, the outdoor retailer, said it will spend the money elsewhere in its business instead.