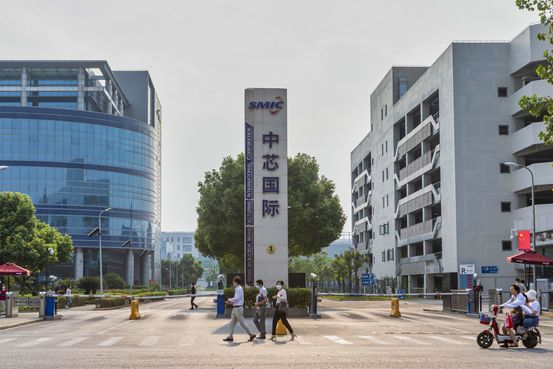 The Commerce Department has told U.S. computer-chip companies that they must obtain licenses before exporting certain technology to China’s largest manufacturer of semiconductors, a blow to China’s efforts to compete in advanced technology.

The Commerce Department laid out the requirement in a letter to the computer-chip industry Friday. The letter, a copy of which was reviewed by The Wall Street Journal, says exports to

or its subsidiaries risk being used for Chinese military activities.

The U.S. action threatens to cut off SMIC from equipment used to manufacture chips. American companies are major suppliers of such equipment. SMIC is backed by several state-owned entities and is at the heart of Beijing’s push to become self-reliant on advanced technologies like chips.

“We continue to engage constructively and openly with the U.S. Department of Commerce,” a SMIC spokeswoman said Saturday. “SMIC reiterates that it manufactures semiconductors and provides services solely for civilian and commercial end-users and end-uses. The Company has no relationship with the Chinese military and does not manufacture for any military end-users or end-uses.”

The Trump administration has for weeks been deliberating over whether to impose export restrictions on SMIC. Earlier this month, the Defense Department disclosed that U.S. agencies were in discussions over whether to add SMIC to the Commerce Department’s entity list, a move that would also require certain SMIC suppliers to apply for licenses.

Among the issues under discussion was whether SMIC provides assistance to China’s defense establishment, according to people familiar with the matter. The Trump administration has grown more concerned about Beijing’s practice of leaning on private companies to advance its military aims, an effort known as military-civil fusion.

The Trump administration has vastly expanded restrictions on the export of American technology to Chinese companies that it views as a security risk. Dozens of companies, from telecom giant Huawei Technologies Co. to lesser-known companies believed by the U.S. tobe involved in human-rights abuses, have been added to the entity list in recent years.

In April, the administration announced a tightening of export rules aimed at preventing U.S. companies from selling products that could strengthen China’s military.

The Commerce Department in its letter said exports to SMIC “may pose an unacceptable risk of diversion to a military end use in the People’s Republic of China.” It said suppliers “must submit an application for an individually-validated license prior to exporting, reexporting or transferring in-country” certain sensitive technologies.

Makers of semiconductor-manufacturing equipment have been concerned about the potential extension of the military end-user designation to SMIC since the Commerce Department announced tighter licensing requirements under the rule in April.

After the tightening took effect in late July, companies did additional due diligence and relied on their lawyers to determine whether Chinese customers were subject to the new requirements in the absence of specific guidance from Commerce.

The full impact of the designation depends on whether and to which suppliers of SMIC the Commerce Department grants licenses. The department has granted such export licenses in some cases to suppliers of restricted Chinese companies in the past, including to U.S. suppliers of Huawei.

—Asa Fitch contributed to this article