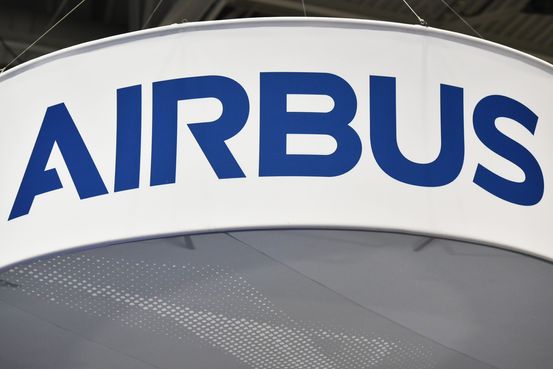 The U.K.’s major economic crimes investigator has charged an

subsidiary and three individuals in connection with a defense contract the country arranged with Saudi Arabia.

Mr. Cook, a former U.K. Ministry of Defense official, also was charged with misconduct in public office. A third individual, Terence Dorothy, was charged with aiding and abetting that offense.

A spokesman for Airbus said the SFO’s investigation related to contractual arrangements that predated the plane maker’s acquisition of GPT. A lawyer for Mr. Cook declined to comment on the charges. Lawyers for Messrs. Mason and Dorothy didn’t immediately respond to requests for comment.

The charges represent a step forward in one of the SFO’s most politically sensitive cases. Launched in 2012, the investigation was viewed as a potential threat to the country’s relationship with a key ally in the Middle East.

After a six-year investigation, the SFO’s case was put before the country’s attorney general, Geoffrey Cox, who took more than two years to approve the charges. U.K. anticorruption advocates in October wrote a letter to Mr. Cox questioning the delay. Mr. Cox’s office in response said the case was particularly complex, but declined to comment further.

The case has echoes of another high-profile corruption investigation into a 1980s arms deal between Saudi Arabia and U.K.-based BAE Systems PLC. Then-Prime Minister Tony Blair in 2006 called the SFO off the case, saying it threatened the U.K.’s national security interests.

Susan Hawley, executive director of Spotlight on Corruption, a U.K.-based organization focused on anticorruption policy on Thursday credited the SFO for pushing the case forward despite political resistance.

“The long delay in bringing these charges, caused as it has emerged in the press by delays at the U.K.’s Attorney General’s office, has caused real and significant distress to the brave whistleblowers involved in exposing this case,” she said.

Airbus in January agreed to pay a combined €3.6 billion ($4.2 billion) to prosecutors in France, the U.K. and the U.S. to settle bribery and corruption allegations spanning its aerospace business in more than a dozen countries. The allegations involving GPT weren’t part of that deal. The subsidiary’s prosecution won’t affect the agreement, the Airbus spokesman said.

GPT, which ceased operations in April, was acquired by Airbus in 2007 from Ericsson AB on the recommendation of the Ministry of Defense. The subsidiary, whose sole customer was the Ministry of Defense, contracted for the design and operation of communications systems for the Saudi Arabian National Guard under a government-to-government agreement between the ministry and the SANG.

A court hearing related to the charges is scheduled to take place in September, the SFO said.

Aziz Rahman, a white-collar defense lawyer based in London, said the charges could be viewed as brave, given the possible political and economic effect on relations between the U.K. and Saudi Arabia. “It is to this government’s credit that it has grasped the nettle on this one,” he said.