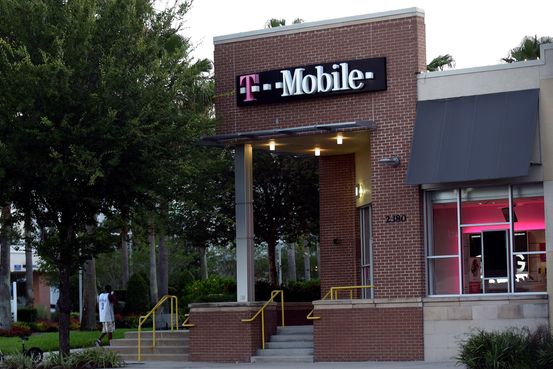 said its longtime finance chief Braxton Carter is leaving, replacing him with its head of accounting as the carrier integrates Sprint.

The Bellevue, Wash.-based company Wednesday said Peter Osvaldik will take over as chief financial officer on July 1. Mr. Osvaldik, who joined T-Mobile in 2016 and currently serves as senior vice president for finance and chief accounting officer, will succeed Mr. Carter, who is retiring after some 19 years with MetroPCS and T-Mobile, which merged with MetroPCS in 2013.

The Morning Ledger provides daily news and insights on corporate finance from the CFO Journal team.

T-Mobile acquired its former rival Sprint Corp. in April. The deal, agreed in 2018, had to overcome objections from several regulators and created a larger carrier that covers about 100 million customers, including subscribers who use reseller brands that rely on its network.

The company also offered investors an improved projection of its second-quarter performance Wednesday. T-Mobile said it now expects to add 800,000 to 900,000 postpaid subscribers during the period, up from a May forecast of 150,000 net additions. Investors often track postpaid customers, who are billed for monthly service after it is provided, as a proxy for cellphone carriers’ growth.

The combined carrier also trimmed its estimated costs related to the coronavirus pandemic by $100 million. T-Mobile has reopened many of the stores it closed during the early weeks of the health crisis in the U.S. while also ramping up plans to shrink its employee base. The company said it would incur an additional $300 million in merger-related costs “to accelerate synergy realization, primarily related to severance expense.”

Mr. Carter’s exit was expected after T-Mobile in March 2019 filed an amended employment agreement spelling out a plan for him to leave the company as it was awaiting regulatory approval for its merger with Sprint.

“I was supposed to retire two years ago. I’ve extended three times,” Mr. Carter said during an earnings call on May 6, according to a transcript. He said at the time he would be part of T-Mobile’s future. He is going to remain involved as a strategic adviser for at least three months, the company said.

T-Mobile’s new Chief Executive Mike Sievert, in the role since April, said the company searched both internally and externally for a new CFO before picking Mr. Osvaldik.

Mr. Osvaldik, who previously held accounting and management roles at several companies including PricewaterhouseCoopers, will be involved with integrating Sprint and achieving some of the planned synergies of the Sprint deal, Mr. Sievert said.

T-Mobile said in April the transaction could yield $43 billion of synergies for shareholders.

The company earlier this week suffered a nationwide network problem triggered by what T-Mobile later said was a fiber-optic route failure. Federal regulators said they would open an investigation into the incident. The Federal Communications Commission has fined carriers including T-Mobile before for service failures.

A T-Mobile spokeswoman declined to provide the number of employees affected by the recent layoffs.

—Maria Armental contributed to this article.