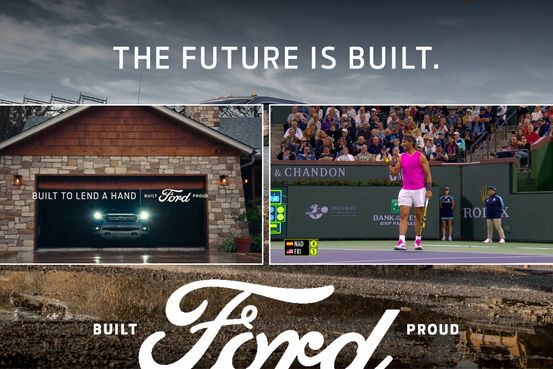 People who watch sports on traditional TV are well-acquainted with commercials that share the screen with the programming during lulls in the action, an attempt by networks to keep viewers’ attention during ad breaks.

Now that picture-in-picture format for ads might become more common in streaming video, and beyond sports.

Streaming TV has been on the rise, particularly since the pandemic forced people to spend more time at home and in front of their TV sets. Marketers are following the audience. Ad spending on internet-connected sets, where most streaming TV happens, is set to total nearly $11.4 billion this year, up from nearly $8 billion in 2020, according to research firm eMarketer.

But marketers need new options to effectively reach streaming viewers delving beyond movies, TV shows and established sports to programming such as live esports competitions and music concerts, according to Transmit executives.

“Streaming is fragmenting where consumers go for content, but the ad experiences have not caught up and answered the bell,” said Seth Hittman, co-founder and chief executive of Transmit.

Twitch, for example, uses a version that it calls “picture-by-picture,” which is available to creators if they run an ad break during a live stream. Twitch’s format is available online and on its mobile app, but not on the video service’s app for streaming TV, the company says on its website.

Various sports networks, meanwhile, have long deployed picture-in-picture ads during live TV broadcasts, which often get passed through to live feeds of those games on streaming platforms. Fox Sports, for example, has used the format—sometimes referred to as the “double box”—in its coverage of the National Football League, Major League Baseball and Nascar.

Transmit has deals with TV programmers such as

and its technology has been used for the National Hockey League, among scores of other, smaller broadcasters and sports leagues, the company said. ViacomCBS has also used the format to promote its own content during a live stream by its Nickelodeon network.

The firm’s technology is capable of detecting when there is an unplanned break in the action, which allows new ad inventory to be created in live streaming content, Mr. Stein said.

The company, which was founded in 2016, has consistently more than quadrupled its annual revenue every year since 2018 and expects to generate $40 million in revenue in 2021, according to Messrs. Stein and Hittman.

Mr. Stein said he backed Transmit because of the continuing viewer shift from traditional TV to streaming as well as the growth in live video, which creates new opportunities for ad placements and resulting revenue for media owners. EMarketer, for example, estimates that there will be 154.4 million live-video viewers in the U.S. in 2021, up from 151.5 million last year. Live sports viewers using online pay-TV services are expected to rise to 18.9 million this year from 17.1 million in 2020, according to the firm.

Advertisers will want to make sure any new version of picture-in-picture advertising doesn’t bother viewers for the format to be viable, according to Molly Schultz, senior vice president of integrated investment at ad agency UM, part of

“As long as it’s not detracting from the user experience, and seen [by users] as a distraction where the advertiser is associated with something that’s annoying or obstructing their experience, that’s important,” she said.