The Carl B. Stokes Federal Courthouse in Cleveland is pictured in October 2019. The White House is preparing to fill vacancies on the U.S. Sentencing Commission, and the potential candidates are concerning advocates of prison reform. 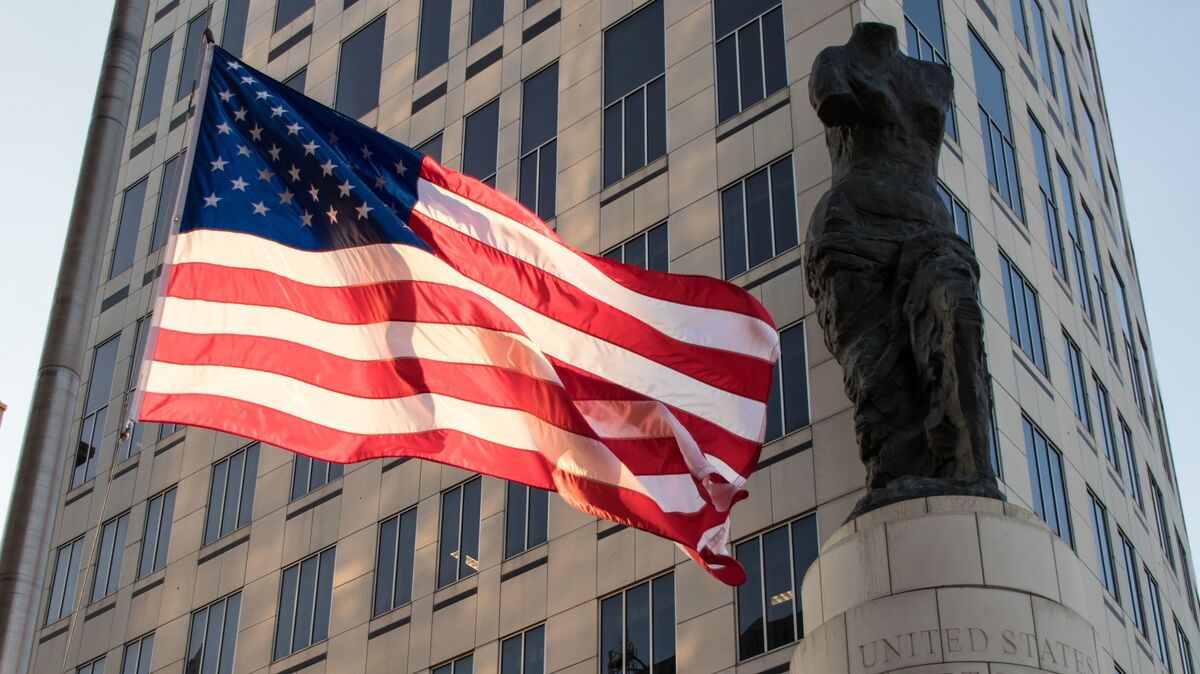 The Carl B. Stokes Federal Courthouse in Cleveland is pictured in October 2019. The White House is preparing to fill vacancies on the U.S. Sentencing Commission, and the potential candidates are concerning advocates of prison reform.

The White House is preparing to fill several vacancies on the influential commission that makes policy used to punish tens of thousands of criminals every year, according to three sources familiar with the process.

But critics worry that the likely Trump nominees could adopt more punitive approaches at a time when a diverse group of protesters is marching for a different approach to policing and justice.

The sources said the White House is consulting aides on Capitol Hill and in the criminal justice community about four Republican candidates for the U.S. Sentencing Commission: three sitting federal judges and a fellow at the conservative think tank the Heritage Foundation.

An earlier Trump nominee, William Otis, is no longer under consideration, two sources said. Otis’ writings about race and crime had drawn criticism from civil rights groups and prisoner advocates when his name first emerged for the position two years ago.

“The administration has put forth a slate that is all white, mostly male, and lacking in diverse experiences or backgrounds,” said Sakira Cook, director of the justice reform program at the Leadership Conference on Civil and Human Rights.

“It is critically important that the Sentencing Commission reflects the diversity of background, experience, and expertise that would make the work of the Commission most effective,” Cook added. “It is also important to note that at least two of the candidates have records or expressed views on sentencing issues that raise serious concerns.”

The work of the Sentencing Commission is consulted every time a federal judge prepares to punish someone convicted of a crime. It also advises Congress and the executive branch on crime policy. In 2014, the commission voted unanimously to reduce prison terms for inmates already behind bars for drug crimes by an average of two years, a change that applied to tens of thousands of people.

In the last seven years, the overall federal prison population is down by more than 50,000, said Kevin Ring, the president of FAMM, which advocates for inmates and their families. He is watching the commission and its composition closely. “We still have more work to do and we don’t want to go backwards,” Ring said.

Here is a rundown of likely nominees in the coming months:

Hudson is a former director of the U.S. Marshals Service nicknamed “Hang Em High Henry” for his work as a local prosecutor.

“I live to put people in jail,” he once told The Washington Post during his stint in Arlington County, Va. Defense lawyers said Hudson has developed a well-deserved reputation in recent years for handing out long prison sentences from the federal bench.

From his perch in Miami, Moore has presided over several high-profile drug cases. Earlier in his career, Moore, too, led the U.S. Marshals under then-President George H.W. Bush.

Boom was nominated to the judgeship by President Trump three years ago. She won Senate confirmation for that post with only one negative vote. Senate Majority Leader Mitch McConnell is one of her supporters.

John Malcolm, director of the Meese Center for Legal and Judicial Studies at the Heritage Foundation in Washington

The Meese Center is named after Reagan-era Attorney General Edwin Meese. Malcolm helped put together an early list for candidate Trump in the event of a Supreme Court vacancy.

He’s also defended the current attorney general, William Barr, for his handling of the special counsel report on Russian election interference and possible obstruction of justice by the president.

Malcolm, a former federal prosecutor, has reached out to allies across the political aisle to try to overhaul how many people serve prison time.

“In my opinion, under our current system, too many relatively low-level drug offenders are locked up for five, 10, and 20 years when lesser sentences would, in all likelihood, more than satisfy the legitimate … goals of general deterrence, specific deterrence, and retribution,” he told Congress five years ago.

Restrepo, who worked as a public defender before being selected for the federal judiciary by then-President Barack Obama, is under discussions for an open Democratic slot on the commission.

Restrepo, of the U.S. Court of Appeals for the Third Circuit, had been advanced for the same Sentencing Commission slot in 2018, but the Senate didn’t hold a hearing on him or the other nominees at the time.