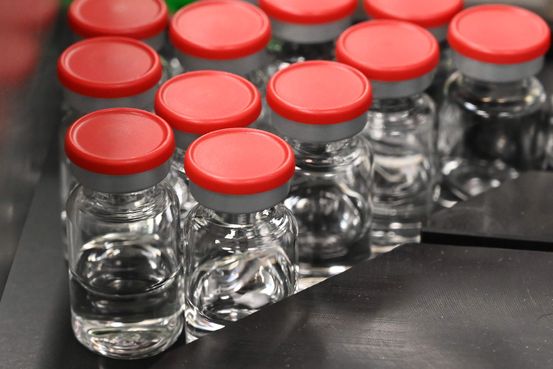 The restarts mean testing of two of the most advanced Covid-19 vaccines in development can get back on track after their testing had been sidetracked. The testing is crucial for regulators to evaluate whether the vaccines safely protect against the virus and should be given widely.

The U.S. Food and Drug Administration had wrapped up an examination of two cases of a possible neurological side effect that emerged in two people in studies testing AstraZeneca’s shot, and said a late-stage trial in the U.S. can resume, according to the company.

The AstraZeneca decision, which was first reported by The Wall Street Journal, came after the FDA didn’t find the vaccine was responsible for the two cases, though the agency couldn’t rule out a link either, a person familiar with the matter said.

The agency plans to require researchers to inform study subjects of the cases and monitor them for any related neurological events, such as numbness, the person said.

The move “allows us to continue our efforts to develop this vaccine to help defeat this terrible pandemic. We should be reassured by the care taken by independent regulators to protect the public and ensure the vaccine is safe before it is approved for use,” AstraZeneca Chief Executive Pascal Soriot said in a statement.

J&J said it is preparing to resume a large clinical trial of its experimental Covid-19 vaccine, saying it has found no evidence the vaccine caused a serious medical event in a study volunteer.

“Based on the information gathered to date and the input of independent experts, the Company has found no evidence that the vaccine candidate caused the event,” J&J said in a statement.

J&J said it is taking steps to resume the late-stage trial of its vaccine in the U.S. on the recommendation of a panel of independent drug-research experts recommendation. The company said it also is in discussion with regulators in other countries to resume testing there.

Before its testing halt, J&J had said its vaccine could be authorized early next year.

Meanwhile, AstraZeneca’s vaccine, which the company is developing with the University of Oxford, was on pace to be cleared for wide use by the end of this year if it proves to work safely in testing.

Last month, however, AstraZeneca paused trials testing its shot around the world, including in the U.S., after a U.K. woman developed a mysterious neurological illness. A U.S. health official had said the event involved a spinal cord problem.

The illness followed a pause in testing in July after an unexplained illness of a trial subject. Researchers initially told subjects in the study the case involved a neurological disorder known as transverse myelitis. AstraZeneca later said the case turned out to be multiple sclerosis unrelated to the vaccine, and the testing resumed.

Studies testing the vaccine around the world later resumed after regulators outside the U.S. determined it was safe to do so. However, a late-stage trial in the U.S. remained on hold because the FDA was still investigating the two events.

The FDA had spent weeks exploring whether the two cases involved transverse myelitis and whether the vaccine was responsible for the illness, the person said.

Reuters had earlier reported the U.S. trial could resume this week.

Transverse myelitis is a known side effect of vaccines but is rarely linked to the shots. Other times, it is an early symptom of the nerve-system disease multiple sclerosis, and unrelated to getting a shot.

Latest on Virus and Vaccines

The condition refers to inflammation of the spinal cord involving the destruction of a fatty white material, known as myelin, that insulates nerve cell fibers. It impedes the ability of nerves in the spinal cord to send messages to the rest of the body.

Cases are rare, with only about 1,400 diagnosed annually in the U.S. The cause is unknown. It can trigger a variety of symptoms, including weak arms and legs, along with sharp pains, numbness and tingling.

It can sometimes also lead to paraplegia that necessitates wheelchair use.

Experimental vaccines undergo study in trials that progressively test the shots in increasing numbers of volunteers both to test effectiveness and to look for any side effects that could harm people if regulators green light the vaccines and they are then given widely.

To protect trial subjects, independent researchers who didn’t play a role in the vaccine’s development or at the company that would sell it look for any signs that the shot could be harmful. This data-safety monitoring board evaluates side effects in subjects.

Side effects often emerge in trials evaluating drugs and vaccines, and the studies are frequently paused for researchers and regulators to make sure it is safe to go on.

AstraZeneca and J&J were among the drugmakers that pledged to not seek regulators’ permission for widespread use of their Covid-19 vaccines until the shots proved to work safely in late-stage testing.

J&J, of New Brunswick, N.J., had paused trials earlier this month, citing an unexplained illness in a person enrolled in one of the trials. A late-stage, or Phase 3, trial began in September and is aiming to enroll up to 60,000 people in the U.S. and several other countries, to test whether a single dose safely protects people from Covid-19.

J&J didn’t provide further details about the nature of the medical event in the study subject. The company said many possible factors could have caused it, and no clear cause has been identified.

—Joseph Walker contributed to this article.