PARIS—Two people were seriously wounded in a knife attack near the former office of Charlie Hebdo that prosecutors are investigating as a possible terrorist act, more than five years after gunmen opened fire in the satirical magazine’s newsroom.

The assault began late Friday morning when a man wielding what appeared to be a butcher’s knife approached and began stabbing two employees of a television production company who were taking a cigarette break in front of their office, according to a person who viewed video surveillance footage of the attack. One of the victims fled to a nearby street and was pursued by the attacker, the person added. 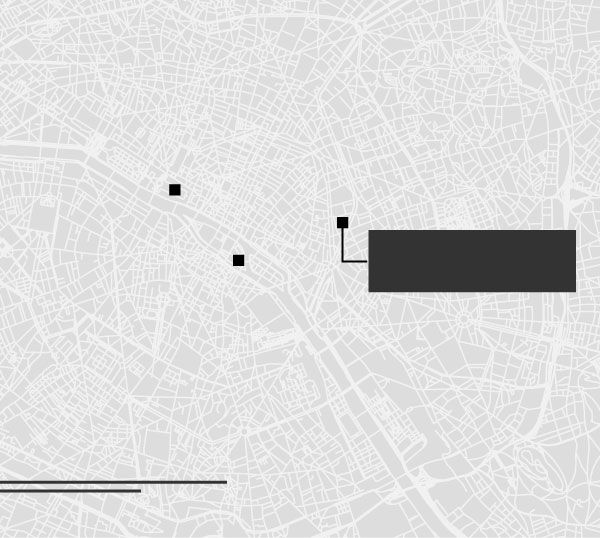 The incident occurred on the Rue Nicolas Appert, the street where Charlie Hebdo’s office was located at the time of the 2015 massacre, police said. Police had two suspects in custody, including a man who authorities said identified himself as a native of Pakistan.

France is still grappling with wounds that were seared into the national psyche five years ago when gunmen decimated Charlie Hebdo’s offices. That attack sparked an outpouring of solidarity around the world as Charlie Hebdo became a symbol of tensions between free speech and Islamic teachings that forbid depictions of the Prophet Muhammad. In the years that followed, France suffered a string of attacks that killed hundreds.

Earlier this month, France opened a trial of alleged accomplices in the attack on Charlie Hebdo and a deadly assault days later on a kosher grocery store. The magazine, which has since relocated its office, recently republished the cartoons of the Prophet Muhammad that triggered the attackers. A media group affiliated with al Qaeda’s offshoot in Yemen released a statement encouraging attacks in France as a response to the republication, according to the Counter Extremism Project, a nonprofit.

Officials were investigating Friday’s attack as a terrorist act because of its timing during the trial and proximity to the old Charlie Hebdo office, and because of “the attacker’s obvious desire to take the lives of two people he knew nothing about,” Paris Prosecutor Remy Heitz said when visiting the scene.

Mr. Heitz said police were verifying what connection the second suspect has with the primary suspect.

On Jan. 7, 2015, Chérif and Said Kouachi stormed the Paris office of Charlie Hebdo wielding AK-47 rifles. After gunning down a receptionist, the two brothers reached the second floor, where reporters and cartoonists were holding their weekly editorial meeting. In a burst of gunfire, they killed eight staffers, one guest and a police officer serving as bodyguard to the magazine’s editor in chief. They also killed a police officer as they fled.