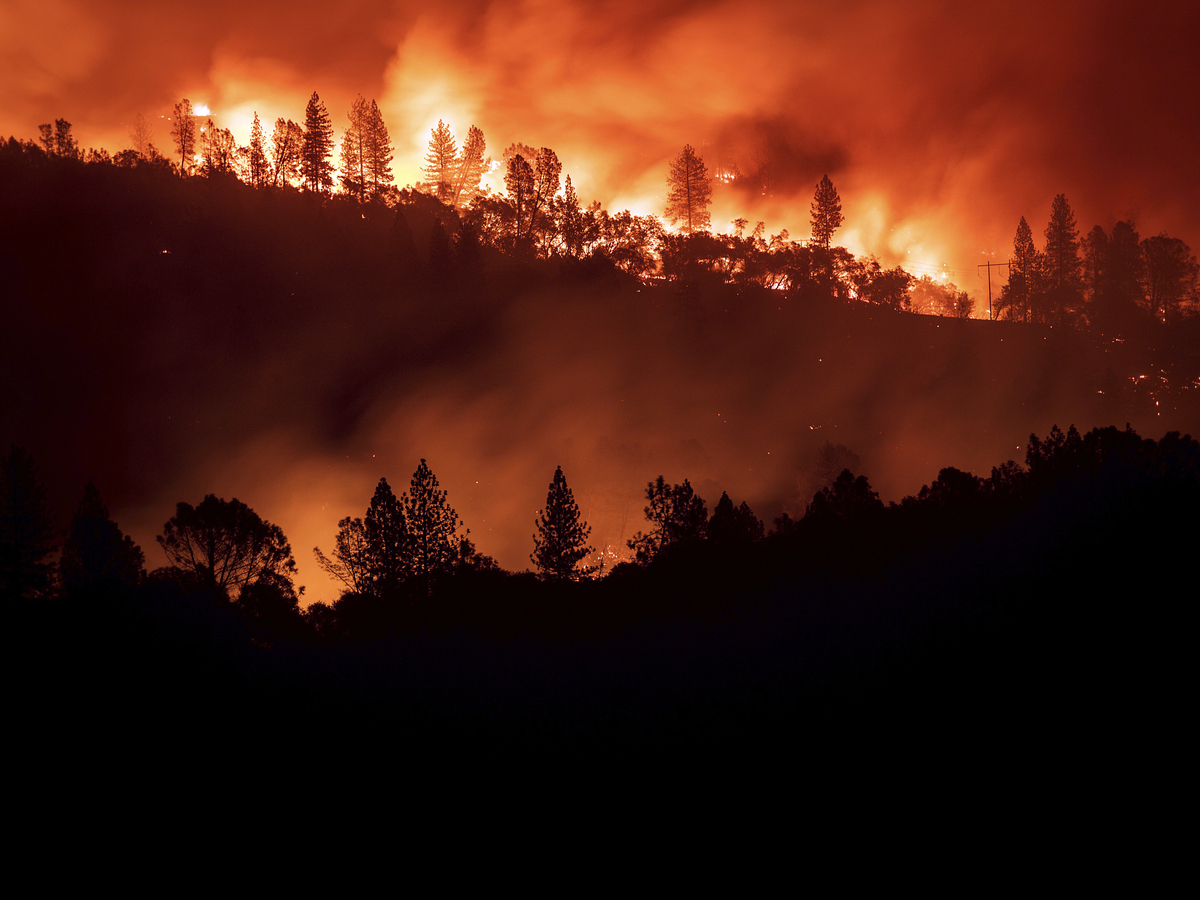 Pacific Gas & Electric pleaded guilty on Tuesday to 84 separate counts of involuntary manslaughter and one felony count of unlawfully starting a fire in a case stemming from a horrific 2018 blaze that destroyed much of the town of Paradise in Northern California.

PG&E CEO and President Bill Johnson entered the guilty pleas in Butte County Superior Court one at a time as he watched photographs of each of the victims flash on a screen.

With hands clasped, Johnson rocked back and forth while Judge Michael Deems called out the names of the dead. Each time, Johnson responded in an even voice, saying, “Guilty your honor.”

The call and response lasted more than 28 minutes.

“Our equipment started that fire,” Johnson admitted, after waiving the company’s right to appeal the case.

A scathing grand jury report released Tuesday found that the San Francisco-based utility company repeatedly ignored warnings about its aging power lines and faulty maintenance, and failed to follow state regulations. It showed “a callous disregard” for life and property, according to court documents.

“I’ve heard the pain and anguish of many of the victims as I’ve visited Paradise. As they’ve described the loss they’ve continued to endure and the wounds that can never really heal,” Johnson read from a statement.

“No words from me can ever reduce the magnitude of that devastation or do anything to repair the damage. But I sincerely hope that the actions we’re taking today will help bring some measure of peace.”

Included in those measures are a fine of $3.5 million — the maximum amount prosecutors could get under the law — and a $25.5 billion settlement that will compensate victims, their families, and Butte County agencies, according to Johnson.

“This is the first time that PG&E, or any major utility, has been charged with homicide as result of a reckless fire,” Ramsey noted in a press conference following the hearing.

He added he was not satisfied with the small sum of the fine for a company as large as PG&E.

“We treat corporations as persons but we don’t send corporations to jail,’ Ramsey remarked. The best the state could do, he said, is to fine the company as a person.

“There’s an obvious disconnect there,” he added, explaining the state was only allowed to seek $10,000 per death.

PG&E’s bankruptcy plan is tied to settlements connected to the Camp Fire as well as a spate of “others that torched wide swaths of Northern California and killed dozens of others in 2017,” the AP reported.

A federal judge is expected to issue a final decision on PG&E’s plan by June 30.

Johnson’s statement included an apology for all of the company’s shortcomings in recent years.

“I apologize personally for the pain that was caused here,” Johnson, who intends to step down as CEO, said.

“We can’t replace all that the fire destroyed but we do hope by pleading guilty, by accepting accountability, by compensating the victims, and supporting rebuilding and making significant lasting changes to the way operate, we can honor those who are lost and help this community move forward.”