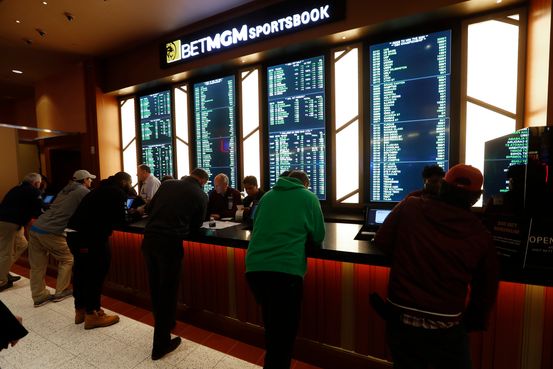 PLC, a deal that would have bolstered the casino operator’s presence in online-gambling.

Earlier this month, the Las Vegas-based casino operator made a bid for Entain by offering 0.6 of its shares for each Entain share, worth £8.09 billion ($10.99 billion). The Wall Street Journal first reported on MGM’s takeover approaches.

Entain, known as GVC Holdings until recently, had said that the deal, representing a 22% premium, undervalued the company.

“After careful consideration and having reflected on the limited recent engagement between the respective companies regarding MGM’s rejected all-stock proposal at an exchange ratio of 0.6 times, it does not intend to submit a revised proposal and it will not make a firm offer for Entain,” MGM said.

Entain, which owns the British gambling brand Ladbrokes, said it looks forward to continuing to work closely with MGM through their U.S. joint venture BetMGM.

Ahead of MGM’s withdrawal Tuesday, Entain shares were trading above the price offered by the casino operator, suggesting there were hopes for a higher bid. However, analysts at Numis had previously said a counterbid was unlikely given the relationship between Entain and MGM. The companies launched a U.S. joint venture in 2018 to tap into sports-betting opportunities.

A tie-up between MGM and Entain would have created one of the few large gambling companies in the world with a significant online and bricks-and-mortar presence.

reached a $4 billion deal to buy another British sports-betting company,

After MGM’s proposal was made public on Jan. 4, Entain agreed to buy Swedish gambling company

AB for around 2.80 billion Swedish kronor ($333.5 million) to expand in the fast-growing Baltics region.

Entain, which also houses the bwin, PartyPoker and Coral brands, said on Jan. 11 that Chief Executive

planned to leave the company to become co-chief executive of sports-streaming platform DAZN. The company has yet to appoint a new CEO.