A statue of Confederate general and slave owner Wade Hampton III on horseback in the grounds of South Carolina State House. 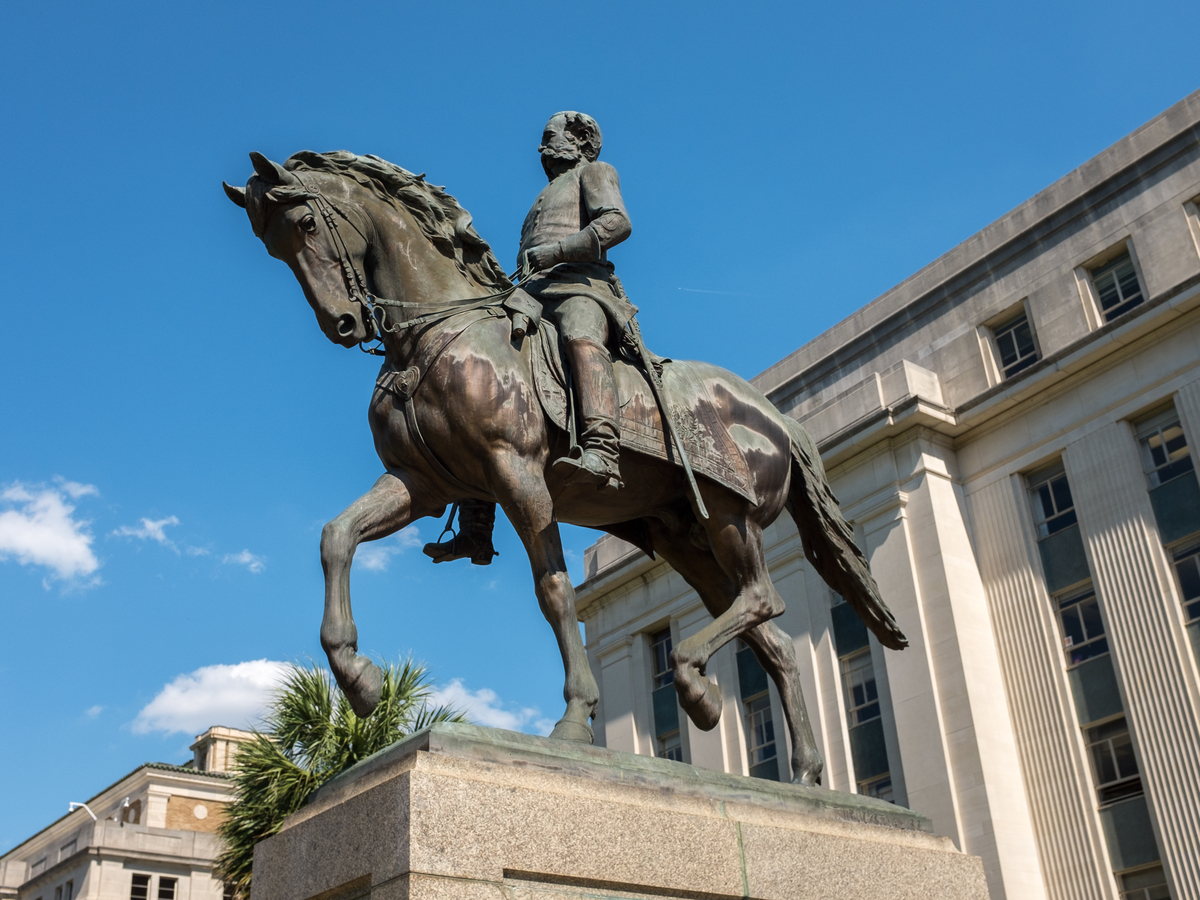 A statue of Confederate general and slave owner Wade Hampton III on horseback in the grounds of South Carolina State House.

Growing up, Skip Auld says he didn’t know much about the man his great-grandfather was named after. It wasn’t a part of family lore, he says, and he always went by his nickname, Skip.

At birth, Skip Auld was named Hampton — for his great-grandfather, whose namesake was Wade Hampton III, a Confederate general and slave owner.

He was the fourth Hampton Auld in his family.

Then, last year, as he listened to the audiobook of Ron Chernow’s Grant, he heard about Hampton’s 1876 campaign for governor of South Carolina, which Auld says involved a “terrorist campaign, really, to suppress the vote of black people.”

“I actually pulled my car over, took the CD back to the beginning of the track and listened to it a second time,” Auld, 68, tells NPR’s Mary Louise Kelly. “I thought, ‘I need to go home and check on when my great-grandfather was born,’ because he was the first Hampton Auld. And he was born that year: 1876.”

That’s when the CEO of the Anne Arundel County Public Library in Maryland changed his first name from Hampton to Charles — his father’s middle name — writing on the petition that he didn’t like the idea of being named after a “terrorist.”

He originally decided to keep the decision to himself and his family — one sister supported the decision, another one did not. But when the recent anti-racism demonstrations began sweeping the country — and protesters began toppling Confederate monuments — he spoke out about changing his name.

In a column for the Capital Gazette published on June 10, he said he “understood that four generations of Hampton Aulds began with a defeated Confederate soldier’s pride in his general and glorification of what became known as the Lost Cause.'”

In addition to writing the column, he also wrote a statement for his library on George Floyd’s death and helped put together a list of books on combating racism.

Auld discusses how it felt to change a family name and why he decided to publicly talk about his decision now.

On the message he’s hoping to convey

I didn’t initially intend this to be any sort of grand statement of any sort. It was just something very personal to me. But given the moment that we’re in, with what I hope will be a permanent transformation of our country and the world really in terms of the racism in our country and the world, I hope that people will begin to gain a better understanding of one another. Listen to one another. I think that’s been a lot of self-reflection for me over the past month, ways I might have dishonored people or not really listened to the black friends or colleagues or people that I work with. So I would just say it’s an opportunity to just to try to understand the people who are our neighbors and try to make them our friends.

On what he wants to tell his future grandchildren

Well I don’t have grandkids. I haven’t really thought about what I would say. But I would basically say be true to yourself and be kind and try to understand and empathize with other people and just do what you can to make the world a better place.

Listen to the full interview at the audio link above.

Andrea Hsu, Elena Burnett and Justine Kenin produced and edited the audio version of this story.