A couple walks around Lake Merritt in Oakland, where several nooses were found hanging from trees. 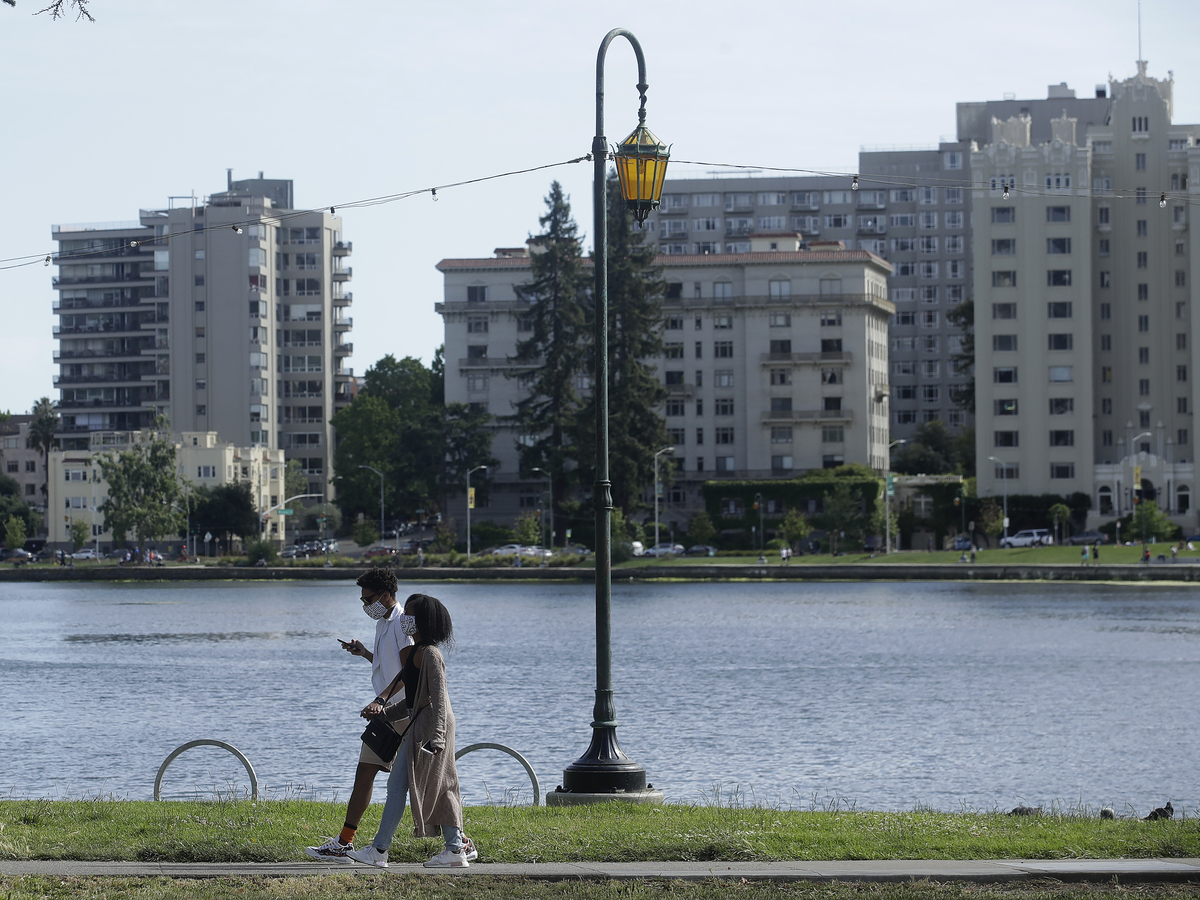 A couple walks around Lake Merritt in Oakland, where several nooses were found hanging from trees.

Nooses found at a public park in Oakland, Calif., will be removed and investigated as hate crimes, according to Mayor Libby Schaaf.

The news follows the hanging deaths of two black men that were originally ruled suicides, in Palmdale and Victorville. The FBI and the California Department of Justice have launched investigations into the deaths.

“Several nooses found on trees around Lake Merritt were removed and will be investigated as hate crimes,” Schaaf said in a statement, “Symbols of racial violence have no place in Oakland and will not be tolerated.”

The hate crimes probe comes after weeks of protests in Oakland and around the world over police violence and the disproportionate loss of black life.