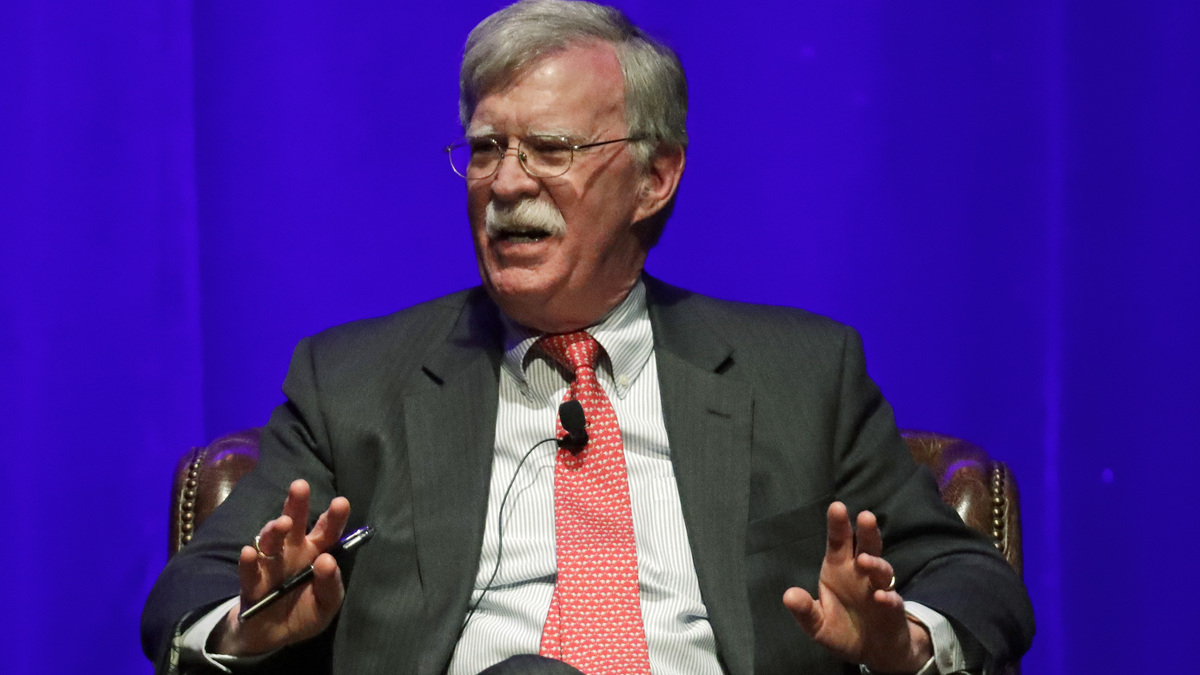 The former national security adviser quotes U.S. officials who took part in Trump’s meetings with Chinese counterparts and their interpreters; the U.S. president said he thought building the camps was “exactly the right thing to do,” Bolton writes.

Trump generally has been silent in public about China’s treatment of the mostly Muslim Uighurs, who are subject to an Orwellian program of surveillance and repression. Roughly one million people have been detained without trial, subjected to “reeducation” and other harsh treatment.

Trump’s support for Xi’s program is one of a number of revelatory allegations Bolton makes against Trump in the new memoir, one that details what Bolton calls Trump’s transactional dealings with world leaders that went beyond those in the Ukraine affair, for which Trump was impeached.

Bolton was “astonished” by the cynicism and “chaos” he saw within the White House under President Trump, the former national security adviser writes.

Trump also asked Xi to accommodate shifts in trade policy that Trump believed would help his electoral fortunes in agricultural states, Bolton writes — and he suggests there are official accounts of those discussions that could back him up.

They don’t appear in the book because of objections by the National Security Council over classification issues, Bolton writes.

The nature of allegations likely will spur calls from members of Congress for the White House to release the records, in the way it ultimately did with official accounts of conversations in the Ukraine affair.

Bolton dueled for months with the National Security Council over the release of the book, which was first scheduled for publication earlier this year.

The White House has sought to stop or delay that over what it calls concerns about the classification of some material.

White House Press Secretary Kayleigh McEnany faulted Bolton on Wednesday because she said he reveals classified information in his book.

“It’s unacceptable. It has not gone through the review process and that’s where we currently stand,” she said.

Bolton and publisher Simon and Schuster said they concluded negotiating the version of the text that was scheduled for publication on June 23 and copies of the book have been distributed to reviewers, including NPR’s Ron Elving.

Bolton has become a rare unifying figure in Washington, reviled both by Republicans and Democrats — but for different reasons.

Trump and the White House call him a disgruntled burnout and dismiss the allegations in the book as not credible because of Bolton’s break with the president.

But Bolton’s allegations create an uncomfortable situation for China hawks within the GOP who’ve often allied with Trump and called for Washington to hold a tougher line with Beijing and take the moral high ground over China’s treatment of Uighurs.

Trump, according to Bolton, dismissed Chinese human rights abuses in its western Xinjiang Provice and in Hong Kong. He also dismissed the importance of U.S. obligations to Taiwan, Bolton writes.

“Although it came in several variations, one of Trump’s favorite comparisons was to point to the tip of one of his Sharpie [marker’s] and say, ‘this is Taiwan,’ then point to [his desk in the Oval Office] and say, ‘this is China.’ So much for American commitments and obligations to another democratic ally,” Bolton writes.

Democrats are incensed that Bolton resisted taking part in impeachment proceedings late last year and early this year. He and a key deputy could have told lawmakers what they knew on the record and under oath — but they sought a court ruling on the matter after the White House blocked their testimony.

“It was clear then and could not be any clearer now: the vote to convict and remove Donald Trump from office was absolutely the right vote,” Schumer said.
“The revelations in Mr. Bolton’s book make Senate Republicans’ craven actions on impeachment look even worse—and history will judge them for it.”

Ultimately, Republicans used their majority in the Senate during Trump’s impeachment trial not to compel Bolton or other witnesses with subpoena, keeping his official evidence out of the record.

Trump supporters argued the underlying conduct in the Ukraine affair wasn’t impeachable and that, in the case of Bolton, it wasn’t the Senate’s role to help develop evidence — only to assess it when sitting as a jury in judgment of Trump.

The president froze U.S. aid to Ukraine for a time while he wanted Ukrainian officials to announce an investigation into Trump’s rival in the 2020 presidential race, former Vice President Joe Biden. Ultimately the aid was restored and the Ukrainians never announced the investigation.

Bolton, according to others’ accounts, opposed Trump’s strategy and said as much to Trump during his time as national security adviser.

But Bolton never told Congress that story officially, and critics have lambasted him for only doing so now, with a book for sale, when the political moment in Washington has moved on to such a degree.

Bolton, according to a statement from the publisher, argues that House Democrats committed “malpractice” with their impeachment because what Bolton calls Trump’s improper conduct went so far beyond the Ukraine affair.