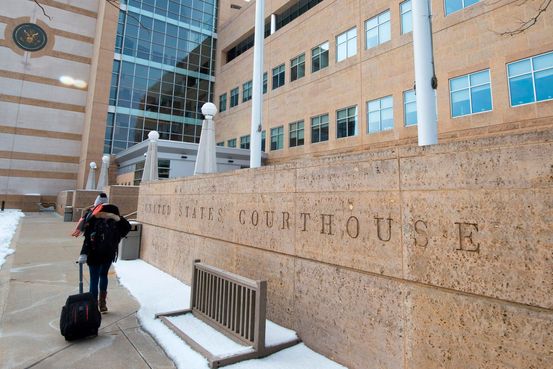 The former president of a Maryland transportation company was sentenced to four years in federal prison for participating in a scheme to bribe an official at a unit of a Russian nuclear-energy company.

Mark Lambert, 57 years old, was sentenced by a federal judge in Greenbelt, Md., on Wednesday. He also was ordered to serve three years of supervised release and pay a $20,000 fine.

The former Transportation Logistics Inc. executive’s sentence was handed down nearly a year after he was convicted in November last year of various counts of violating the Foreign Corrupt Practices Act, wire fraud and conspiracy charges.

In sentencing Mr. Lambert, District Judge Theodore Chuang said he had taken into account the executive’s health condition and risks posed by the coronavirus pandemic. Mr. Lambert suffered a near fatal heart attack in 2014, the judge said.

A lawyer for Mr. Lambert said the judge had acknowledged several mitigating factors presented to the court, including Mr. Lambert’s prior military service. The executive is evaluating his options for an appeal, the lawyer, William Sullivan Jr., a partner at Pillsbury Winthrop Shaw Pittman LLP, said.

Mr. Lambert won’t be required to report for his prison sentence until February, a measure that the judge said he had applied to others convicted in the district to avoid the risk of infection and limit the impact of the virus on the federal prison system.

Still, he found the substance of Mr. Lambert’s crimes were serious enough to warrant a sentence well beyond the sentence of home confinement requested by his legal team.

“It’s the type of offense that may seem like the cost of doing business, but it does run contrary to the values of our country,” Judge Chuang said.

Federal prosecutors had asked the judge to impose a sentence of more than 12 years in prison.

The official, Vadim Mikerin, in 2015 pleaded guilty in the U.S. to conspiring to commit money laundering and was sentenced to four years in prison.