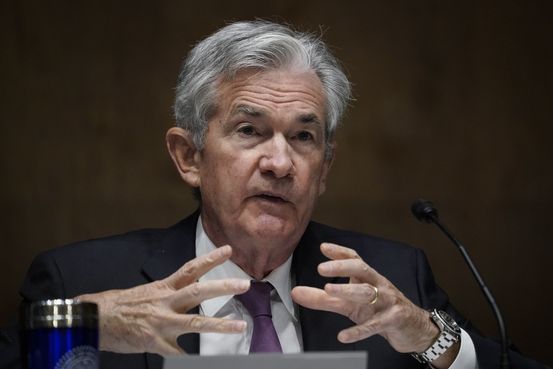 WASHINGTON—The Federal Reserve is in no hurry to issue a digital currency, Chairman Jerome Powell said Monday, citing unresolved concerns including the potential for theft and fraud.

Central banks around the world are stepping up research on the costs and benefits of central-bank digital currencies, which could supplement existing national currencies. China is ahead of other nations, after rolling out a homegrown digital currency in April across four cities in a pilot program.

“We do think it’s more important to get it right than to be the first,” Mr. Powell said at a panel organized by the International Monetary Fund. “Getting it right means that we not only look at the potential benefits of the CBDC but also the potential risks and also recognize the important trade-offs that have to be thought through carefully.”

Potential benefits include faster and less costly international transactions, Mr. Powell said. But the Fed must also consider the risk of cyberattacks, counterfeiting and fraud, as well as the impact on monetary policy and financial stability.

Mr. Powell said the dollar’s central role in global financial transactions makes it essential to get a digital currency right while remaining on the frontier of research and policy development. Some $2 trillion worth of dollar notes are in circulation, half held outside of the U.S.

“Use of and trust in the dollar comes from the reliable rule of law, strong and transparent institutions, deep financial markets and an open capital account,” he said. “A healthy and efficient payments system demands these features, which reach far beyond merely technological.”

IMF Managing Director Kristalina Georgieva highlighted the need to improve international transactions, which are currently slow and costly, particularly for overseas workers who send money back to their families in low- and middle-income countries.

“We have a chance to improve cross-border payments with huge benefits especially for many of the world’s poorest people, and there is a pressing need to do so,”  she said.

Workers who send money home pay fees that average 7% of the transfer amount, she said, more than twice the target set by the United Nations’ sustainable development goal.

The issue is more pressing as the coronavirus pandemic disrupts such remittances, which  last year totaled nearly $500 billion, according to the World Bank. This year, those flows are projected to decline 20%, putting a further strain on the already-struggling economics.

Mr. Powell pointed to the importance of engaging technology firms and other stakeholders in discussing digital currencies. He said

plan for its global money, Libra, “highlighted the need to improve cross-border payments and generally succeeded in focusing attention on payments-related issues, including consumer protection, cyber security and privacy.”

Mr. Powell said digital currencies could potentially create large network effects, meaning that they become more useful as more people adopt them, along with  increasing returns to scale. As a result, a small number of competitors could dominate the market, he said.

The Federal Reserve has its own research projects under way, he said, including the development of a hypothetical central-bank digital currency in tandem with researchers from the Massachusetts Institute of Technology.