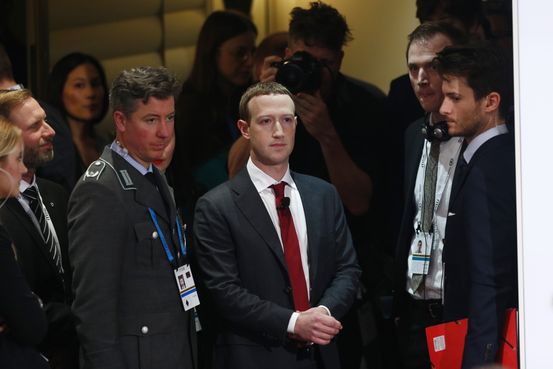 will train and require employees to moderate internal discussion groups devoted to politics, social causes and other topics unrelated to company business as part of its effort to curb internal debate around divisive issues.

The company said Wednesday that the move—taken amid a contentious U.S. election and ongoing social justice protests around the country—will be accompanied by restrictions in the ways employees can express their opinions on controversial social topics on Facebook’s internal Workplace communications tool and a tightening of company policy on “respectful workplace communications.”

Facebook cast the changes as addressing employee concerns that its internal discussions had become too political. The company has faced increasingly frequent leaks in recent months as well as a rash of people posting harsh criticism or unflattering information through the internal tool.

“What we have heard from our employees is that they want the option to join debates on social and political issues rather than see them unexpectedly in their work feed,” Facebook spokesman Joe Osborne said. “So we’re updating our policies and work tools to make sure our people have both voice, and choice.”

One limitation will be a requirement that employees use either a photo of themselves or their initials as their profile picture, putting an end to some employees’ practice of using the image to express solidarity with causes such as Black Lives Matter.

Employees at Facebook have long had the ability to set their profile photo with an image expressing support for a particular cause. Chief Executive Mark Zuckerberg said at a meeting last week that part of Facebook’s intention with the new measures is to ensure that Black employees and other underrepresented communities don’t face a hostile environment when they come to work. Facebook has voiced support for the Black Lives Matter movement, even as it has drawn ire from some activists for not doing enough to curb what they say is hate speech and incitements to violence on its platform.

Employees will still be able to express themselves through frames around their photos, though options will be limited to a set of company-approved images. Black Lives Matter will be an option, the company said, but Blue Lives Matter won’t be.

The social-media giant said the changes it’s making internally won’t affect the way the product is used by other companies, unless they want to follow in its footsteps.

Facebook also will be tightening its “respectful communications” policy to expand the company’s definition of harassment. The new rule will prohibit content that could contribute to a hostile work environment for people of any protected class, or which includes language that is “insensitive, degrading, or derogatory.”