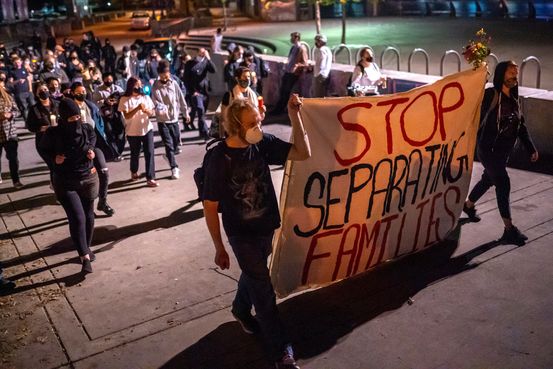 The political rancor of the upcoming U.S. presidential election is putting pressure on companies and their compliance officers to engage proactively with employees on ethical behavior and social-media use.

Corporate codes of conduct and social media policies are hardly a cure-all for the challenges posed by the increasing polarization of political views among Americans, but with companies increasingly sensitive to reputational risks, experts say it would behoove corporate leaders to remind employees of their existence before an issue arises.

Clifford Rossi, an expert on risk management and a professor at the Robert H. Smith School of Business at the University of Maryland, said the consequences for not doing so are increasingly severe.

“Awareness and sensitivity is really what this is about, Mr. Rossi said. “That’s how you manage this risk: Make people more aware of their actions and the consequences.”

The task today falls at least partly on the shoulders of corporate compliance officers. In addition to the election, they are having to think about how to navigate the social unrest created by the coronavirus pandemic and a turbulent year that saw widespread protests on racism and police brutality following the killing of George Floyd.

Companies have wide latitude when it comes to limiting employees’ speech at work. Many prohibit employees from donning political attire or accessories in the workplace, for example. Employee codes of conduct typically focus on speech that could be found offensive to other employees.

Political speech and conduct outside of the workplace is less restricted. While employees may be free to express their political opinions on social media, companies typically prohibit the association of those opinions with the company in any way. Corporate policies may prohibit employees from using their work devices to access the social-media account, and caution against the inadvertent display of a company logo or office space in a photo posted online.

Some conduct or statements made by employees entirely outside the workplace could prompt the company to take steps to protect its reputation.

When Amy Cooper, a white woman, called the police to accuse Christian Cooper, a Black man and a bird watcher, of threatening her life while walking her dog in Central Park, a video of the incident caused an uproar on social media. Within 24 hours, Ms. Cooper was fired by her employer, money manager Franklin Templeton. She was later criminally charged for filing a false police report.

More recently, companies have found themselves in the spotlight when a member of senior management has chosen to broadcast personal political beliefs in hopes of influencing employees or customers.

The chief executive of the San Francisco-based startup Expensify, for example, sent an email last week urging the roughly 10 million users of its software to vote for former Vice President Joe Biden. In Central Florida, the president of aerospace-tool maker Daniels Manufacturing wrote a letter to employees saying they might face layoffs if Trump loses the election, according to Orlando’s WESH 2 News.

The Expensify CEO, David Barrett, defended his actions. He said the importance of making a statement outweighed the risk of alienating some customers, adding that the company’s employees had a say in composing the letter.

But Patricia Harned, the chief executive of the nonprofit Ethics & Compliance Initiative, said it was a case study of what not to do. “Those kinds of comments [by business leaders] where you’re trying to influence employees, it rarely has the impact you think it’s going to have,” she said.

Social media and standards of conduct policies are often narrowly written, but they provide a starting point for a deeper discussion about navigating politics and other contentious issues. They also give the company a framework for assessing controversial statements, and a basis for taking action if it poses a reputational risk to the company, Mr. Rossi said.

Such policies are by nature limited, however, and Ms. Harned suggests compliance officers and other business leaders go beyond simply reminding employees of their existence.

“We have to recognize that we’re human beings that come to work,” she said. “It would be wise for businesses to allow some room for employees to talk about what’s happening and their perspective on it.”