Sen. Patty Murray, D-Wash, and Rep. Rosa DeLauro, D-Conn., seen in 2014, asked the Department of Health and Human Services on Thursday why more coronavirus funds were not being spent on nursing homes. 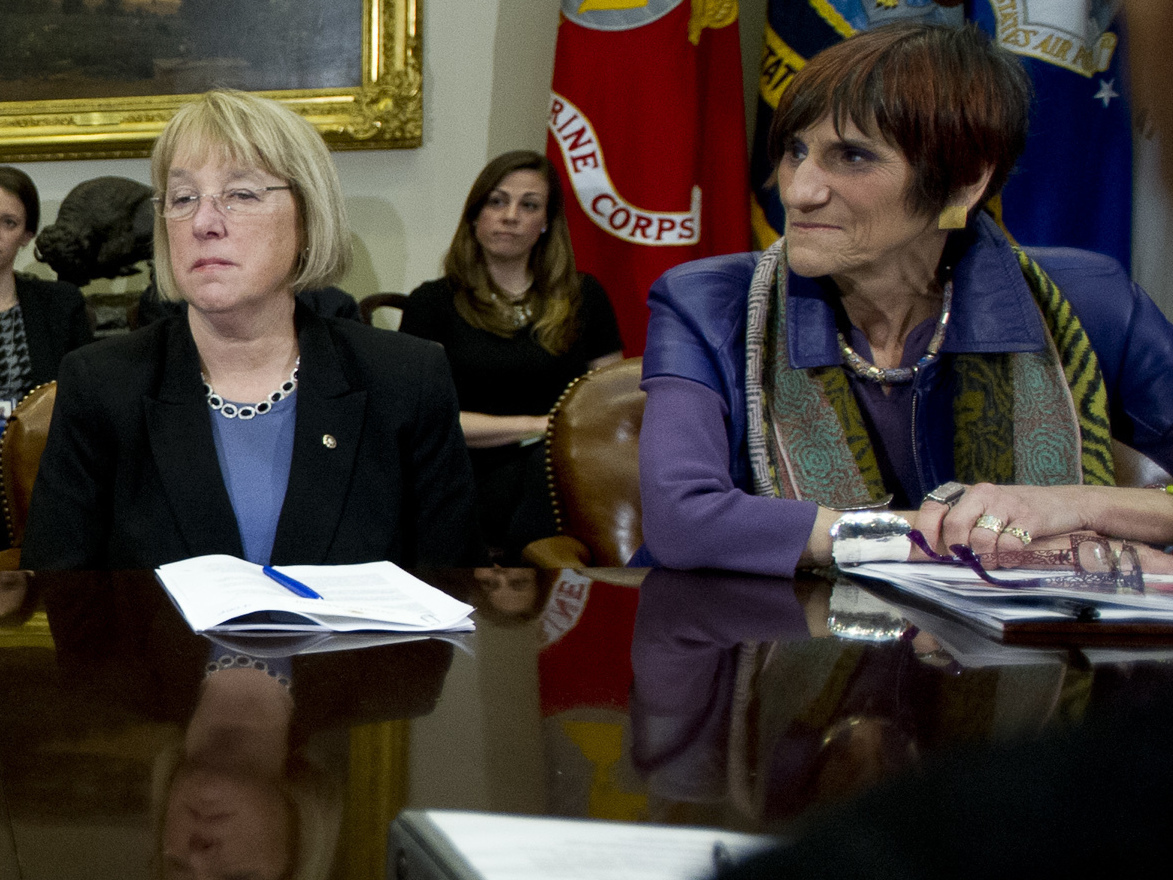 Sen. Patty Murray, D-Wash, and Rep. Rosa DeLauro, D-Conn., seen in 2014, asked the Department of Health and Human Services on Thursday why more coronavirus funds were not being spent on nursing homes.

Despite the huge outbreaks of COVID-19 in nursing homes, the federal agency that regulates them has failed to distribute much of the money it received under the Coronavirus Aid, Relief, and Economic Security Act, according to two members of Congress.

In a letter to Health and Human Services Secretary Alex Azar, Sen. Patty Murray of Washington and Rep. Rosa DeLauro of Connecticut note that the CARES Act designated $200 million to the agency that regulates nursing homes to help the facilities deal with the coronavirus. That included up to $100 million to beef up state oversight of nursing homes to make sure that they’re “adhering to standards for quality of care, infection control, and maintaining sufficient staffing to minimize the spread of the virus and protect patients and staff.”

But the letter notes that only $1.5 million has been distributed to just a handful of states. Murray and DeLauro question why the money was doled out through a laborious bidding process that wasn’t even announced for a month after the CARES Act was passed. They ask “why it took so long to decide on this business-as-usual approach” and why the agency has decided to allocate only $80 million for this purpose, $20 million less than Congress allowed.

The Centers for Medicare and Medicaid Services did order state nursing home inspectors to conduct additional surveys focusing almost exclusively on infection control, arguably the top deficiency in the facilities year after year. But recent figures show that nationwide, just a little over half of those inspections have been done. The agency also announced that fines for repeated infection control deficiencies would be significantly increased, a move which the major nursing home organization called “punitive.”

One of the major challenges facing nursing homes is obtaining sufficient personal protective equipment, which could protect both residents and workers. In their letter, Murray and DeLauro ask HHS how much of the equipment has been distributed to nursing homes, how those nursing homes were chosen, and what the agency is doing to secure more of the gear. The letter also asks HHS how they are preparing nursing homes to get ready for a second wave of COVID-19 in the fall and asks for answers to all of their questions by July 2.