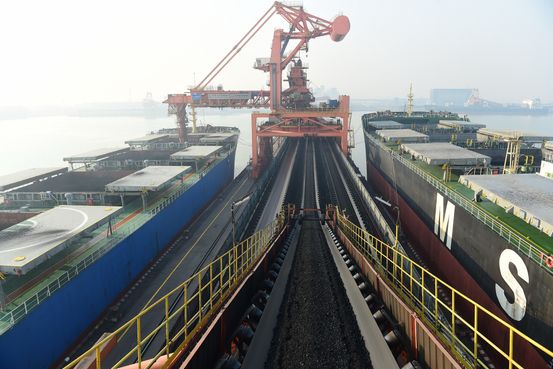 Beijing’s bar against Australian coal imports is upending global flows of the energy commodity, leaving dozens of loaded ships stranded off the Chinese coast and reshaping the direction of the seaborne trade.

The flotilla of coal carriers sitting outside Chinese ports has grown to some 65 vessels, according to ship brokers in Singapore and London. Ship operators and coal suppliers unable to find new buyers for their cargo are waiting out a trade dispute that has lasted several months.

China is the world’s largest buyer of coal on international markets, and the country has stepped up purchases from Indonesia and other suppliers as the country’s factories have sought to stoke a continuing economic rebound from the coronavirus-driven downturn. China began restricting the Australian imports early last year following Australia’s criticism of Beijing’s handling of the coronavirus outbreak.

The bar has been a blow to a key export business for Australia and has maritime bulk carriers adjusting to changing global trade networks and the idling of a shipping capacity that is now effectively serving as floating storage for the commodity.

“It’s basically a trade war for Australia questioning China’s line into the origins of the pandemic and the coal shipments are collateral damage,” said Peter Sand, chief shipping analyst at trade body Bimco. “With China being the dominant buyer of coal, the vessels have no choice but to wait until the dispute is resolved.”

The longest wait involves a bulk carrier that arrived in the waters off the Jingtang port in northern China on May 31, 2020, and has remained there with at least another five carriers that have been anchored for more than 200 days.

Brokers said three shipments from Australia have been diverted to Korea and Vietnam while Australian shipments to India have been steadily growing over the past three months.

China imports coking coal that is used to produce iron and steel that feed government-run infrastructure projects. Australia exports about two-thirds of all coking coal moved by ships, according to Bimco, which says China can’t replace the supply of that grade of coal easily with imports from other countries.

“Steel mills are working 24/7 producing record quantities,” said an executive at Hesteel Group Co. Ltd., China’s fourth-largest steel producer. “There is a scramble for coking coal and the port bottlenecks are complicating the supply chain.”

“Overall the overland coal hauls are still small, but it’s a worrying trend if the Australia-China trade war carries on,” said a Greek shipowner with a vessel stuck outside the northeast China Port of Bayuquan. “If the overland import lines become established at competitive prices, a lot of ships will become unemployed.”

The Chinese embargo is mostly affecting Australian miners like

which can’t get fully paid until their cargoes are delivered. As they wait for the ships to dock, they also pay for daily congestion charges that are about 20% of daily freight rates that are charged while the ship is steaming, depending on the length of the journey and the ship size.

Chinese shipping executives said there are signs that the dispute with Australia may be easing.

“They’ve stopped blaming each other and that’s a good start,” a senior executive of a Chinese dry-bulk carrier said. “We expect a couple of the longest stranded vessels to start unloading in the next coming days, but it will take time before relations are fully back to normal.”