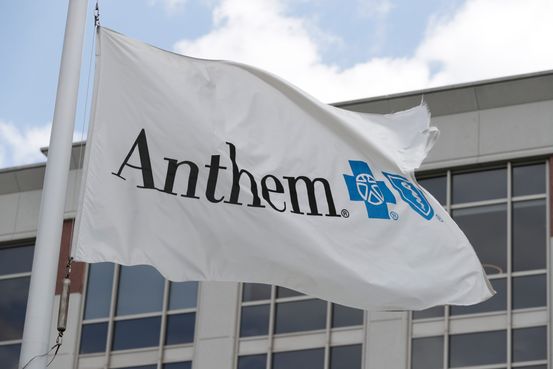 The Blue Cross Blue Shield insurance group has negotiated a tentative settlement in a sweeping antitrust suit filed on behalf of customers, according to people with knowledge of the matter, in a deal that would require a payout of around $2.7 billion and curtail practices that allegedly limited competition among its three dozen member-companies.

The settlement has yet to receive approval from U.S. District Judge R. David Proctor, in Birmingham, Ala., who is presiding over the case. That process can be lengthy, and any settlement would be implemented only after the judge signs off on it.

In a statement, the Blue Cross Blue Shield Association said, “we can assure you that Blue Cross and Blue Shield companies will remain committed to improving the health of our members, our customers, and our local communities.”

David Boies, a lead attorney for the plaintiffs, said, “There is no settlement until terms have been approved by the parties and the court” but added that the reported terms “would be a very good result for the parties and the public. It will significantly increase competition in the health insurance market, and provide individuals and companies who purchase health insurance with more choices and lower prices.”

The antitrust claims were first brought in 2012 as a proposed class action on behalf of employers and individual policyholders with Blue coverage. The suit attacked a setup that has endured for decades, under which companies typically hold exclusive rights to the Blue Cross and Blue Shield names within a certain territory.

The suit alleged that the insurers illegally conspired to divvy up markets and avoid competing against one another, driving up customers’ prices.

If approved, do you think this settlement would boost competition among health insurers? Why or why not? Join the conversation below.

Under the tentative settlement, the Blue insurers would drop a rule that limits the share of each company’s total national revenue that can come from business that isn’t under Blue brands. That change could increase competition among the companies if they choose to expand their non-Blue lines of business in one another’s geographies, experts said.

The tentative settlement would also loosen a rule that had limited the Blue insurers’ ability to compete with one another for the business of large national employers.

“They are removing two of the mechanisms that are pretty flatly anticompetitive,” said Tim Greaney, a professor at the University of California Hastings College of the Law. Still, he said, the Blues’ licensing setup—the main focus of the litigation—would continue to limit direct competition among the insurers.

The rule shifts would likely hold advantages for larger Blue companies, such as Anthem, which might be better-positioned to win national accounts than smaller Blue plans because of its scale and lower costs, said Deep Banerjee, an analyst with S&P Global Ratings.

Even if finalized, the settlement wouldn’t end the Blue insurers’ legal jeopardy. They are still facing a parallel antitrust suit filed on behalf of health-care providers, which alleges that the insurers illegally pushed down the payments they receive for medical services. Both suits, consolidated in the Alabama federal court, targeted the association and all the insurers to which it licenses Blue brands.

Joe Whatley, a lead attorney for health-care providers, said the plaintiffs and the Blue plans have agreed “that we should move forward with litigation.”

The Blue companies, and their unusual business setup, have long been at the heart of American health care. Blue insurers collectively cover roughly one in three Americans, and they are often the biggest players in states’ individual and small-business health insurance markets. Nearly all of them are nonprofits, often focused on just one state. The largest, Anthem, offers Blue-branded plans in 14 states.

In a 2018 preliminary ruling, Judge Proctor dealt a serious blow to the insurers by adopting a legal approach favorable to the plaintiffs, saying they had presented evidence that appeared to show the Blues’ restraints on competition, taken together, amounted to an inherent violation of federal antitrust law.

The insurers sought to take an immediate appeal of that ruling ahead of additional trial-court proceedings, but the 11th U.S. Circuit Court of Appeals rebuffed the request later that year, which gave plaintiffs significant leverage—and increased the incentive for the Blue insurers to seek a settlement.

Under the draft settlement, the Blue insurers would drop a rule requiring two-thirds of each company’s national net revenue from health plans and related services to come from Blue-branded business. That little-known rule, which limits the companies’ ability to expand, emerged as a potential impediment to Anthem’s $48 billion deal to buy

, which ended up foundering largely over its own antitrust issues.

The other major change negotiated in the draft settlement would relax rules requiring a national employer seeking Blue Cross Blue Shield coverage to work through the Blue insurer that covers the location of its headquarters.

Under the current rules, other Blue insurers can compete for such national-account business only if the home-state Blue chooses to “cede” it to them. That has allowed some smaller, one-state Blue insurers to hold on to major clients that might otherwise have gone to larger sister companies.

Under the tentative settlement, certain national employers would be able to also request a bid from a second Blue insurer of their choice, setting up competition between the two Blues.