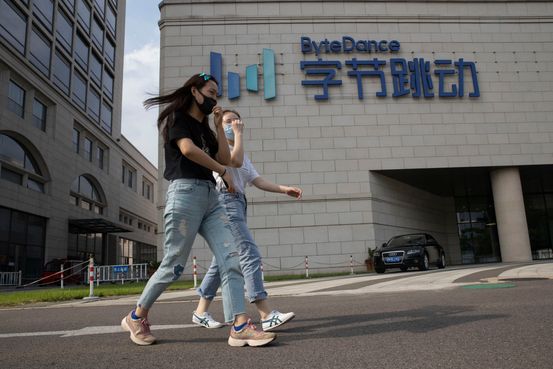 Chinese officials weighing whether to approve or kill an agreement to turn TikTok into a U.S.-based company are eager to ensure that the short-video app’s Chinese owner retains control over its global operations and that TikTok’s source code remains secret.

TikTok parent ByteDance Ltd. said Thursday that it had submitted to Chinese authorities its plan, which involves a partnership with

Much uncertainty still surrounds the proposed deal on both sides of the Pacific; Chinese state media has criticized it as “dirty and unfair.”

Officials at China’s Commerce Ministry have pored over U.S. media reports about the deal, and have been troubled by conflicting accounts of who would have ultimate control of TikTok’s world-wide operations, according to people familiar with the matter.

They have also been concerned about reports that U.S. parties in the agreement would be allowed to review TikTok’s source code—the basis of a computer program that companies generally consider proprietary—these people said.

In the eyes of Chinese officials, the TikTok deal is broader than simply a transaction by one company, people privy to the discussions said. TikTok’s fate touches upon China’s “core interests,” such as protecting Chinese-developed intellectual property from falling into foreign hands, they added.

TikTok, a social-media app known for its catchy dance and lip-sync videos, shot to fame this year as the coronavirus confined millions to their homes and they turned to the app for entertainment. Its potential sale has captivated the global business and investment community, drawn to its geopolitical implications, unexpected twists and colorful personalities involved.

TikTok’s U.S. troubles began last November when the U.S. Committee on Foreign Investment in the United States started a national security review of the app, and accelerated in August when President Donald Trump signed an executive order effectively requiring TikTok to sell its U.S. operations or face an impending ban.

The U.S. ban has since been challenged by a federal judge, who asked the Trump administration to postpone the ban or face questioning in court.

After weeks of tense negotiation, Beijing-based ByteDance picked Oracle Corp. and Walmart Inc. as U.S. partners, and said the two would buy a 20% stake in TikTok Global, a new company spun off from the Chinese parent to hold the social media app’s world-wide assets. TikTok Global would then seek an initial public stock offering, the company said.

Still, the deal is far from done, with ByteDance and its potential U.S. investors wrangling over terms and Mr. Trump wavering in his support of the bid.

ByteDance has said it would directly hold an 80% share of the new TikTok entity before the expected IPO, while an Oracle senior executive said Americans will be the majority owners and ByteDance will have no ownership in TikTok Global.

Walmart has said the technology would remain in TikTok Global’s possession, and concurred that the new company would be majority- owned by U.S. investors.

Oracle would be able to review TikTok’s source code and software to make sure there are no back doors for the Chinese government to gain access to data, The Wall Street Journal has reported. A main U.S. concern about TikTok is whether China has access to personal details the app captures from U.S. users.

As a Sunday deadline by the Trump administration for a ban of TikTok from U.S. app stores draws closer, ByteDance said Thursday that it had submitted a White House-supported plan to commerce officials in Beijing for approval under newly changed tech export control rules.

At the end of August, China updated a technology export-control list for the second time in 20 years, widely seen as a move to give Chinese authorities a say in the deal. This puts the decision to go-ahead with the sale in China’s hands.

Under the relevant law, a Chinese exporter would have to submit an application to local commerce authorities before any transaction involving technologies on the list takes place. Local commerce, science and technology officials will then provide an answer within 30 working days on whether they can proceed with negotiations.

Chinese authorities have been mostly silent since Mr. Trump said Saturday he had given the deal his blessings. But China’s state media has since run numerous editorials slamming the agreement as “dirty and unfair,” calling it an act of piracy by the U.S., and lambasting how such a move would threaten China’s national security.

One person said ByteDance’s staff was reprimanded by government officials for not considering China’s interests when negotiating the deal.

Even so, another person said the Chinese side still sees room for negotiation over the deal. For Beijing, Mr. Trump’s agreement to delay the ban until after the November presidential election indicated his desire not to alienate the young American voters who use TikTok, and that concern would work in China’s favor, the person said.

—Raffaele Huang contributed to this article.