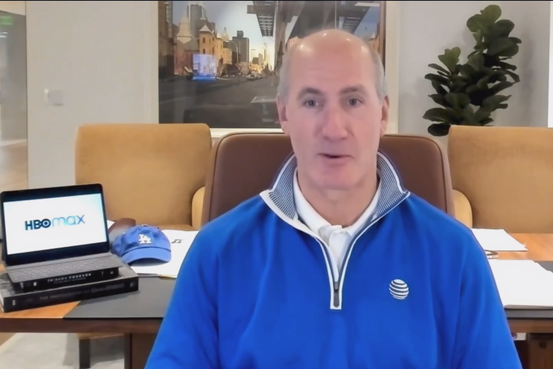 HBO Max is attracting more viewers but is up against big tech companies with outsize market power, the chief of the streaming video service’s parent said Monday.

Chief Executive John Stankey said the coronavirus pandemic showed that internet providers no longer act as gatekeepers for online content, with most cable and fiber networks performing well under the crush of Americans working and studying remotely this year.

and Apple Inc. should be scrutinized for their power to restrict the kinds of apps and services allowed on their platforms.

“Where the bottlenecks are sometimes occurring are in these commercial agreements,” Mr. Stankey said during The Wall Street Journal’s annual Tech Live event Monday, which the pandemic forced online this year. “We should ask ourselves, is that friction somebody really feeling their oats and maybe having market power above and beyond what’s reasonable for innovation?”

which so far have refused to open their app stores to the new streaming service.

AT&T is working to grow the premium channel’s subscriber base while convincing existing viewers to switch to the Max app, which offers more to watch and provides AT&T with better profits than the slimmer HBO lineup offered through cable partners like

vying for viewers’ attention when it launched in late May. It is a supersize version of the premium cable channel AT&T acquired through its 2018 purchase of Time Warner, and mixes licensed series like “Friends” and “The Big Bang Theory” with HBO’s library of original TV series.

About 4.1 million customers had activated HBO Max at the end of June, a sliver of the roughly 36 million subscribers paying for any form of HBO.

Asked Monday about how the streaming service has performed, Mr. Stankey said the app was “well beyond our objective of having over an hour of engagement,” adding that “we still have work to do to get the scaling done.”

The pandemic has altered more than just AT&T’s bid for binge watchers. It has also hammered revenue from advertising and theatrical releases.

Mr. Stankey said that has given the media unit an opportunity to hasten some long-planned overhauls, including the integration of the fenced-in HBO, Turner and Warner Bros. units it inherited in the acquisition.

“We wanted that company to truly operate as one,” Mr. Stankey said.

The AT&T chief declined to detail the status of various divestitures the company is weighing but said such activity is something any good management team should consider.

The Journal reported earlier this year that the company was exploring the sale of its DirecTV satellite business as well as some advertising assets that once made up its Xandr unit.

“In terms of us acquiring something, that’s not what our focus is right now,” he said.